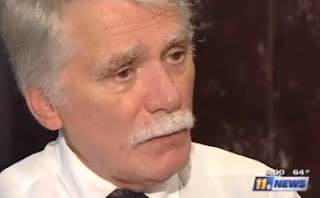 KHOU ran a story today on San Felipe Park, located very near downtown off of Allen Parkway, and look who made it into the story!?!  Its our old friend Andy Icken with our grammar lesson of the day! (Watch at 1:20) in the video ...

"A similar park, more better located within the neighborhood."

Basically the city is (surprise!) not doing what they said they were going to do, and decided to sell a park instead of fixing it up.  I'm not astonished that people are ticked off about this.  Its just something else this year that the city, and this guy, have been involved in where public mistrust is compounded, and the city hasn't communicated well. But, you don't have to take my word for it ...


"Tell Annise (Parker) to go back and get that $6 million she gave to Walmart and leave our park alone, fix it, so our kids will have somewhere to play," said Johnson.

Ralph Bivins is Not A Part of Bel Biv Devoe 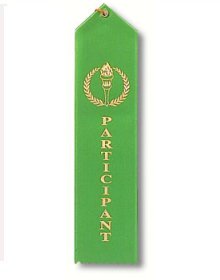 Culturemap.com is a pretty nice looking website about stuff in Houston.  They generally mix social, with real estate, dining, and general goings on around the city.  Hence, the 'culture' in culturemap, I suppose.
They've also had some stories here and there along the way up about our now storied, controversial, and seemingly epic debate regarding 'The Heights Walmart'.
Here's a CultureMap roundup of Walmart Stories.
Here's a CultureMap article on the first public meeting.
And, a fun debate on the issues with the Walmart from some CultureMap contributors.
So, ahead of the first public meeting we had a few months ago, CultureMap got a look at the plans for the development, and made a big deal out of it; they even called the article 'Unveiled'.  What they didn't tell anyone was that the developer had meetings with some folks in the neighborhood ahead of the article, and they were showing their plans around for several days prior.  Thus, it wasn't really 'unveiled', it was just sort of up on the internet.
Anyway, so Ralph Bivins (no relation to New Edition and Bel Biv Devoe fame, Michael Bivins ... at least not that I'm aware of, but I haven't asked him directly ... ) wrote this article just before Thanksgiving on stuff he was thankful for.  His top item was the Walmart ... because after all, it does make sense that he is thankful for a Walmart.  According to his website, he's had over a 25 year career writing about real estate, and he has a picture of him shaking hands with Donald Trump, so it makes perfect sense that not only is he really important and can decide whats good for my neighborhood, but also that he would be overly thankful for a Walmart.  If that really is the case, then I hope Mr. Bivins will venture in 2011 to get out more.

So here's what he wrote:
I’m thankful that: The developers of the “Heights Walmart” are improving the West End neighborhood. The controversial site, Yale Street at Koehler, had been used as a factory location for decades. The developer of the new Walmart anchored development, the Houston-based Ainbinder Company, scraped off tons on contaminated dirt from the brownfield site, says Ainbinder principal Bart Duckworth.
I’ve seen a photo of some nasty-looking 55-gallon drums that were reportedly abandoned there and recently removed. Don’t get me wrong. I won’t be doing my Christmas shopping at Walmart. I don’t like shopping at Walmart because their employees make me feel like a shoplifting suspect.
But this Yale Street land was an industrial site next to railroad tracks, not a virgin forest with a mountain stream, or even a block of Victorian homes. Ainbinder’s Walmart project won’t be a Highland Village or the Galleria, but at least the site is cleaner now from an environmental standpoint.
The great thing about running a for profit 'digital magazine' is that you are there to make Money, thus journalistic integrity is not a huge priority ... otherwise, why have a Sales Department.
Please don't misunderstand me; I like CultureMap.  Its got big pictures, bright colors, and lots of people writing about stuff going on all over Houston ... its just that this Ralph Bivins guy kind of shows up to write an article once in awhile, and attempts to make a one story, sprawling store, which could be built in just about any suburban location, into some kind of fairy tale dreamland like something out of a Katy Perry video, almost haphazardly mentioning the Walmart in the title of the article.

A handful of articles later, and he returns around Thanksgiving ... just to remind everyone that we (those of us that live in the West End) should be grateful for whats given to us in regards to the Walmart.  His last sentence is the most telling:

"Ainbinder's Walmart project won't be a Highland Village or the Galleria, but at least the site is cleaner now from an environmental standpoint."

My question then is ... why not?  Why can't it be a Highland Village?  Why can't it be Uptown Park?  Why do we have to settle for what Mr. Bivins, Bart, Mike, Lance, and Mayor Walmart are pushing to spoon feed everybody (And make the taxpayers pay for).

I mean, cmon now?  Is this something worth celebrating?  To get that land clear, Ainbinder was going to have to clean it anyway ... he knew that, since the site's been on the TCEQ List for years, so thats a wash.  And is there any reason that we should really welcome uninspired, sprawling one story development in the urban core funded with public money, when there are examples of how a site could be better utilized that are successful and new?

I'm sorry, but if the Mayor is going to give away public money, I want the most out of it.

I'll tell you this much ... Ain, Binder (yes, I know its one guy), Walmart, etc, they're most likely gearing up for another big PR push soon. They've been quiet for far too long now, and I would imagine they would prefer to try to not lose more money or time.  Beyond that, its almost 2011 ... and 2011 is an election year here in our fine city.  The mayor promised an operating agreement months ago, and still nothing.  While it would not be wise to keep something like this hidden from the public, I wouldn't put it past this administration, given their track record in sharing with the public.   Of course, who knows what will happen if they keep on ticking people off.

Which brings us back to Mr. Bivins and his mediocre commentary on a less than stellar design that he is thankful for.  My tendency is to want great things out of life.  We compete to win, not just to play the game.  Unless Mr. Bivins is a fan of participant ribbons, and finisher t-shirts, versus 1st place trophies and grand prizes, I would imagine he would want the same but I may be wrong.

And thats what this amounts to right now ... this development is a participant ribbon, at best.

Thanks for doing what you were going to do anyway.  Thanks for 'designing' a one story strip mall.  There's a reason why boo's were followed by laughter at the presentation of this development at the first public meeting ... because there's nothing special about it.  You can color the bricks any color you want, you can put down pavers in the parking lot, you can make the lights neon, energy/carbon negative, and have them sprout jelly beans three times a day ... its still a sprawling, one story design in the middle of a neighborhood.  You don't need victorian homes, mountain springs, or open fields of wildflowers to decide what is and is not appropriate for a neighborhood.  A one story building with a parking lot out front, and dumpsters out back, with no regard for space or size, is the cheapest type of building to build.  And thats what this is about ... spending the least amount of money to maximize profit.  That means that homeowners in our neighborhoods, and taxpayers all over Houston, get the shaft to the benefit of a private developer, and the biggest retailer in the world.  Way to go Ainbinder for planning a doozy of a common big box.

Greatness isn't easy, and its not always economical.  Unfortunately, this part of Houston isn't going to realize greatness for a long, long time if this thing gets built.  Mediocrity on the other hand, is a common path thats well worn ... just ask Mr. Bivins ... here's your participant ribbon.