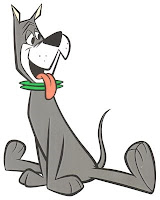 The 'Heights Addition' Pre-Platting Hearing signs have now been removed from the site, and all that remains is the 'Koehler Variance' sign at the intersection of Koehler and Yale.


I was walking the dog, saw him and went back to speak to him. Conversation began by asking what was going in and he confirmed Wal-mart. Other highlights of our conversation:
*To his knowledge, not a done deal *Meeting to go on as planned but ...Walmart/Ainbinder was looking to present this a different way *Walmart is looking at another piece of land north of I-10 close to this site, but he was not sure where if this deal does not go through *Agreed that lots of work would have to be done for traffic, drainage, etc.. *Mentioned that there would be little the city could do as long as they "went by the book" *Did say we might not be able to stop it but could make it hard for them if we kept this in "their (city council) face" and it would slow things down. In order to do this he said protest and fight it, he has seen it work in the past. Amazing what you discover when you walk around your neighborhood.

Somebody at that site is balking ... whether its Ainbinder, Walmart, or both, no one is talking, and the City clearly after City Council Meetings Yesterday doesn't want to get involved at this juncture.  Time to wait a bit and see.
Posted by nicgk at 7:51 AM