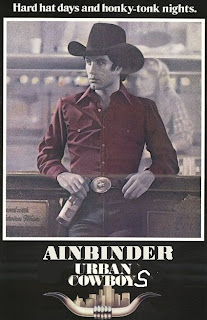 FB User Margaret Dalton Jones recieved a response from one of the mailings from the Mayor's Office.  Here's an excerpt from the letter to Ms. Jones from the Mayor's office that was posted on the FB Group page this past Friday, 6 Aug 2010:

I do understand your concerns about the Ainbinder development in the Heights. However, Houston does not have zoning. It is thus somewhat limited in the tools it has to regulate development. We are able to require traffic studies and ensuing traffic mitigation; flooding and environmental assessments and ensuing mitigation; some landscaping, and so forth. That is what we will be doing in regard to the Ainbinder project.Our goal with the Ainbinder development is to make it as compatible as possible with the neighborhood. One of the tools we can use for leverage is the 380 Agreement. Under it the developer will be reimbursed from the incremental increase in property and sales tax for infrastructure projects, including streets, curbs, streetlights and traffic signals in the area as designated by the city. The development will have to be in operation a year and the projects completed before the reimbursement, in stages over multiple years, occurs.In return, the City will get needed Capital Improvement Projects built to city standards and leverage in pressing for compatible architecture, landscaping that goes beyond minimum standards, crime control and other features. It will enable us to maintain close scrutiny of the developer’s plans as they relate to traffic, crime and infrastructure. The State is determined to widen I-10 with an exit in the area and that will require Yale to be improved. The 380 Agreement will accomplish that among other things.I have strongly urged Ainbinder (and Wal Mart) to listen to the community. I do want a Task Force of neighborhood representatives formed to provide input to the project. I am deferring to the district Council Member as to whom should be appointed to that Task Force. I am mindful of the neighborhood’s concerns and will keep them in the forefront of the City’s discussions with the property owner.

That was last Friday.  Today, I recieved a PIR Information Request Reponse regarding the aforementioned 380 agreement (In Mayor Parker's Letter).  Here's the response from CoH:

We have contacted Planning Department, Finance Department and the Mayor’s Office for responsive information, and have been advised that we do not have any documents responsive to your request. The city has not ever entered into a chapter 380 economic development agreements before. The previous agreements have been with TIRZs.  There is no formal application on file with the city from Ainbinder. This would be the first between the city and a developer.


So, what the heck is going on then?  There is nothing written about this, no contracts, no formal proposals, applications, emails, or written discussions?!?  So who is coming up with figures, reimbursements, plans, dollars, etc? Why is the city talking about spending a single dollar on reimbursements of taxpayer money without having anything in writing about it at all?
Per the response, the 380 agreement's have been with Houston 'Tax Incremental Reinvestment Zones', which follow the following guidelines.
Here's a summary of what a TIRZ is:
What Are Tax Increment Reinvestment Zones (TIRZs)?

Tax Increment Reinvestment Zones (TIRZs) are special zones created by City Council to attract new investment to an area. TIRZs help finance the cost of redevelopment and encourage development in an area that would otherwise not attract sufficient market development in a timely manner. Taxes attributable to new improvements (tax increments) are set-aside in a fund to finance public improvements within the boundaries of the zone.
Per the PIR Response, the City of Houston has never entered into a 380 agreement, and now they want to start with this developer, without creating a TIRZ thus far as they have with others.  Why is that?  Why would they not carry on with business as usual giving Taxpayer benefits to a TIRZ?  Why start this now?
And how on earth can you do so without having any documentation to back it up?

As it stands, this looks like the wild freaking west on spending taxpayer dollars for the developer (Aibinder).  Yee Haw Houston ...
Posted by nicgk at 11:16 AM